A downloadable game for Windows

Itsy Bitsy Cuffs is a frantic lightweight fighting game about tiny critters having a tiny fight. Duke it out with up to four critters, and call in powerful supporting strikes from your human companions!

Features free-for-all matches and a short solo "arcade" mode, including a boss fight.

AI is included, however multiplayer is highly recommended.

Ant
Primary: Rock Toss. You can move while throwing rocks and keep throwing in the same direction.
Secondary: Rock Block. You can attack in melee with your rock, or hold it in to guard against attacks in front of you.

Spider
Primary: Web Sling. Low damage but stuns for an extended period of time.
Secondary: Bite. An unwieldy but strong attack. Takes time to use, but you can move before and after attacking.

Stag
Primary: Stomp. Fly over enemy attacks, then crash back down with a powerful melee attack.
Secondary: Charging Toss. Rush forwards and throw enemies over your back. During your initial dash you're immune to projectiles.

Fire Ant (Secret)
Primary: Fireball. A simple but strong projectile.
Secondary: Burn Up. Set yourself ablaze as long as you hold the button. Deals continuous damage in melee, and protects against melee attacks.

Flyswatter: A powerful attack that takes a long time to recharge. Deals heavy damage on your position, but it can hurt you too!

Poke: A quick jab attack that recharges quickly. Deals little damage, but if it connects with you, it cancels your current action and frees you from combos. 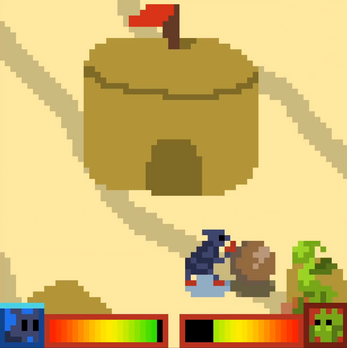 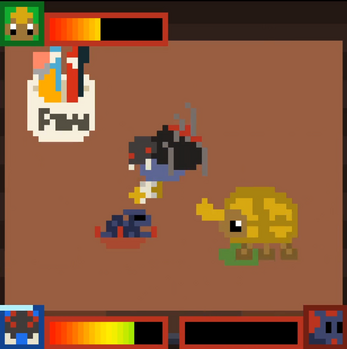 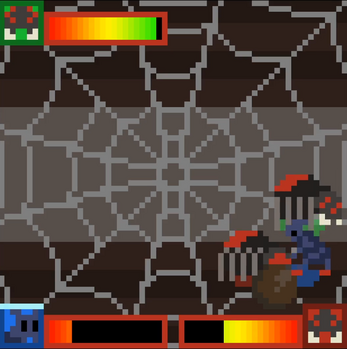 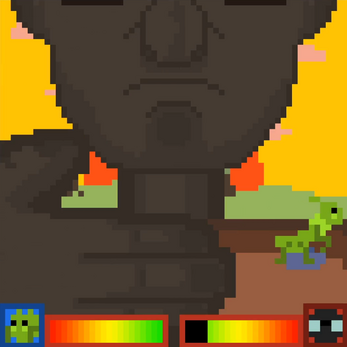